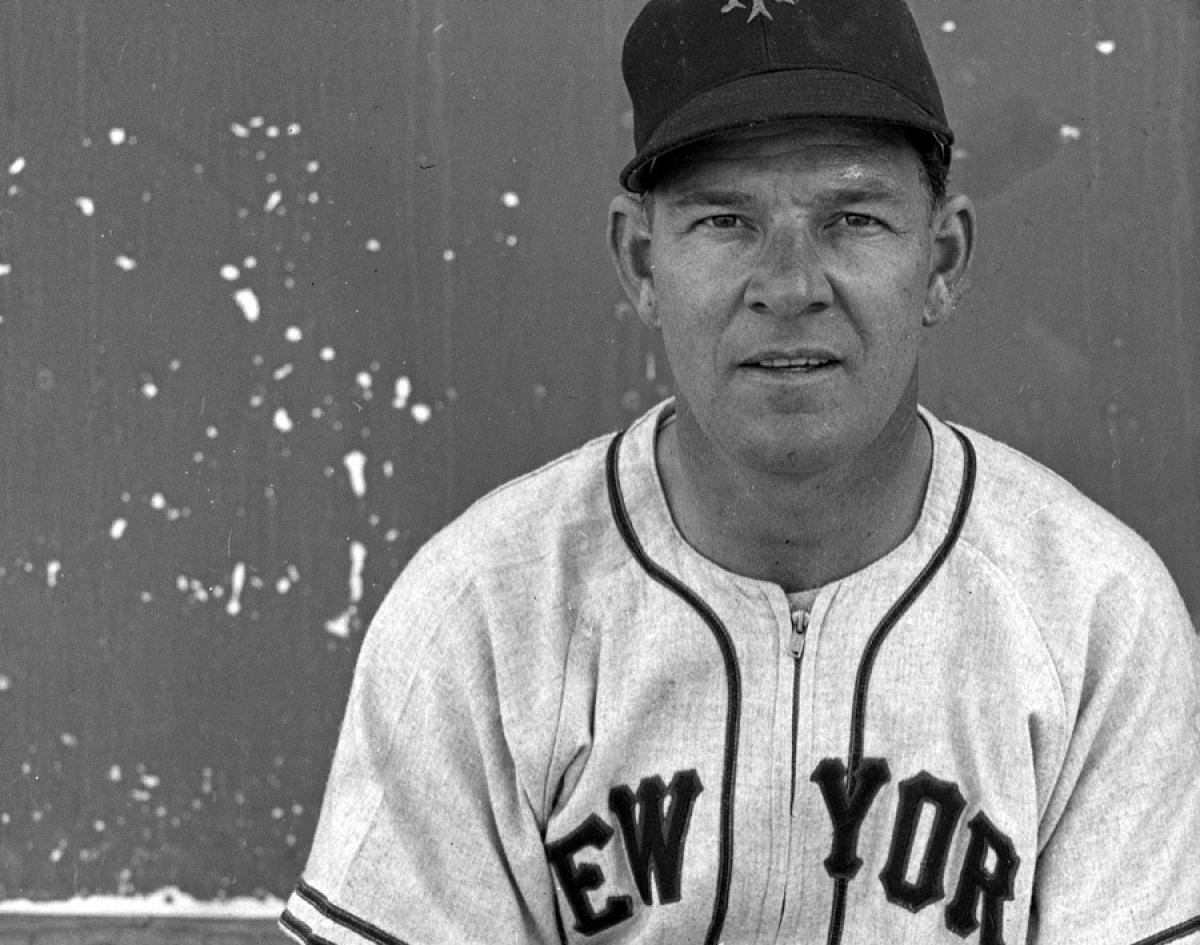 During his playing career, longtime New York Giants outfielder Mel Ott was one of the game’s most feared sluggers. And according to Hall of Fame manager Leo Durocher, one of the most popular: “I never knew a baseball player who was so universally loved. Why even when he was playing against the Dodgers at Ebbets Field, he would be cheered and there are no more rabid fans than in Brooklyn.”

Ott was signed by the Giants as a 16-year-old and would remain with the big league club for the rest of his career (1926-47). Though he didn’t play much in the early years, manager John McGraw refused to send him to the minors, stating, “I don’t want anyone tinkering with that natural swing.”

Giants teammate Fred Lindstrom remarked upon his fellow Hall of Famer’s untimely death in 1958, “My first impression was that he couldn’t make the grade because of his heavy legs, but through constant play his legs tapered and he became, I think, about the greatest ball player we’ve ever seen. He was a tremendous credit to baseball and a fine fellow. Baseball will really miss him.”

Ott was adored by the hometown Giants fans, and with good reason. A six-time league-leader in homers, he hit 30 or more eight times, while also compiling eight straight seasons with at least 100 runs batted in. Using an unorthodox left-handed swing, in which he lifted his right foot just before he brought his bat around, the compact (5 feet 9, 170 pounds) Ott used the short 257-foot right-field porch at the Polo Grounds as his personal playground — hitting 323 of his then-NL record 511 homers at the park.

A 12-time All-Star, “Master Melvin” ended his 22-season big league career with a .304 batting average, 488 doubles and 1,860 RBI. Lefty O’Doul later said that one of the things that made Ott a great hitter was hard practice. “We used to spend hours, just the two of us, practicing hitting the ball down the right-field foul line. We got so we could keep it fair by just a few inches.”

https://essaydiscount.codes/ Do My Accounting Homework for Me write my essay in 6 hours http://essayservicediscounts.com/ EduBirdie.com Coupons I Don't Want to Write My Essay